All Saints founder Micky Pegg can still recall the first dollar he made in the cigar industry. Actually, it was four dollars. In Washington DC in the Spring of 1989 he was playing college football and interning on The Hill.

“Back then,” said Micky, “If the Senator you worked for liked you and you did a good job, he’d send you down to Georgetown Tobacco for cigars. Then when you returned you got to smoke with the leadership staff.”

After enough cigar runs, Micky decided to work for Georgetown Tobacco. This way he could make a little money and also getting to know the politicians that came in to smoke. The only problem was that the money he made was only paying for all the cigars he was smoking. After two years, his boss called him into his office and handed him his first paycheck. It was for $4.52.

After college he was hired by Davidoff to take over sales in the Mid Atlantic region. Though he had wanted to go into politics, he’d also fallen in love. The prospect of providing for his future wife and getting to smoke cigars as he did it was too much to turn down. From there he quickly rose in the cigar industry, working for a time with Phillip Wynne at Felipe Gregorio cigars and eventually becoming the National Sales Manager for CAO.

“That was one of the happiest times in my life. I had moved my entire family to Nashville, and I wasn’t sure we would ever leave,” said Micky.

But after a few years the company was purchased and moved out of Nashville. Micky and his family returned to Philadelphia in the middle of the recession, not to mention threats of smoking bans and FDA regulations. After his departure from CAO, he needed a break. He completed his masters degree from The University of Pennsylvania and he went into the financial sector, selling mutual funds and retirement plans. But even then he still hosted cigar events and dinners and stayed active in the industry, though not officially working in it.

All this time, two of his friends, Martin Corboy, a successful restaurateur, and Air Force Academy graduate and veteran Frank Layo, were trying to convince him to start his own brand.

“About a year and half ago we were sitting down talking and smoking cigars. And finally we decided. We said, ‘Alright, let’s do this together.’ It was time. I decided if I’m going to work this hard it should be for something I love. Besides,” Micky said and smiled, “A tough day with a cigar is better than a bad day without one”

Soon after that they began the process of launching All Saints Cigars. Jokingly referring to themselves as the Holy Trinity (St. Michael, St. Martin and St. Francis), they chose for their logo the cross of Saint James, the patron saint of Nicaragua, the country where their cigars would be produced. Micky partnered exclusively with Rocky Patel and Amilcar Perez-Castro of the TAVICUSA factory to blend and make All Saints cigars.

“Rocky and I would always see each other on the road traveling the same events. We spent a lot of time together. You spend that much time on the road and traveling together and you form a bond. We work great together and now we’ve been working on our first blend for a long time now.”

Their prerelease cigar, out November 1st for All Saint’s Day, is a limited release, one size only (5×58) cigar called Solamente. It is a well-balanced, medium bodied smoke with flavors of rich cedar and leather. The wrapper is Ecuadorian Habano, and the binder and fillers are Nicaraguan.

Their first regular production cigar is named Dedicación. He calls it a tribute to all the people he’s thankful for in his life.

“Dedicación is for every meaningful person in my life,” said Micky. “From those working in the fincas to the families they support,” said Micky. “And for the families in the States that support those guys that are on the road four or five days a week. And it’s for my mentors along the way like David Berkebile, Walter Gorski, George Brightman and, of course, Cano Ozgener (the late founder of CAO).”

Micky also listed those that inspired him to follow his dream like Kimmie, his wife, along with Tim Ozgener, Mike Condor, Jon Huber, and Pedro Wagner.

Dedicación will release in April 2020. For Micky, that day will be yet another marker in the long journey the cigar business has taken him on. And after twenty years in the industry he’s still excited for the ride.

“All the people that have encouraged me and helped to get me to where I am now, I don’t know,” said Micky. “It all feels to me very saintly.” 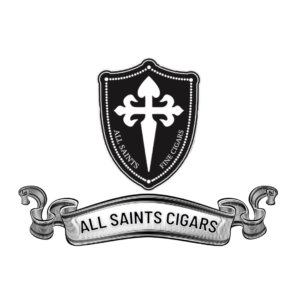